What’s Spring Break for? Making all sorts of delicious food, of course! Check out my most recent culinary adventures. Continue reading →

It’s time for a fresh start. See what I’ve been up to during the hiatus and read about the future of the blog. Continue reading →

Hi, all, First of all, you are amazing. I still can’t believe so many people have taken to the blog and stuck with it through its growth and transitions. I cannot thank you enough. The site just reached one hundred posts. This marks not only a milestone of content but one of time and commitment … Continue reading →

Hey, all! To splice things up a bit and deal with the awfulness of finals (damn you, Galois theory!), I’m throwing together another video post for this week! These are the people who inspire me to share the wonders of science, and I want to give them as much credit as I can. Enjoy these … Continue reading →

If there’s one thing everyone knows about black holes, it’s that they give off no light. These behemoths of time and space erase objects from history, swallowing everything in their paths. Yet a few minutes of research will tell you we can detect black holes through their radiation. In fact, black holes are supposedly some … Continue reading →

I’ve been thinking lately, and not just about Pokémon and food. I’ve met many smart people in my life, all of whom deserve to feel proud and confident of their ideas. Yet some of them exude more self-assuredness than others, a fierce conviction that borders dogma. What is the difference between confidence and over-confidence?

Mark Twain once said, “It ain’t what you don’t know that gets you into trouble. It’s what you know for sure that just ain’t so.” This begins to embody our question. Some friends of mine, for instance, are sure of themselves in an unflattering way. It is one thing to believe you have a valid point; it is something else to believe your point is undeniably correct.

At what point does self-assuredness become detrimental?

Part of the inspiration for this post came from dinner with a friend last week. She is a smart person, and I respect her. Even so, if you mention her name to someone, the first topic to come up is how aggressive she is with her opinions. I alluded to this at dinner by way of asking why she argues so forcefully in even the silliest discussions. Her response went something like this: “I’m not overconfident, Andrew. I have constructed an argument, and other people are insinuating it is wrong. I am simply defending what I believe to be true—I wouldn’t argue for something I don’t believe in.”

What bothers me in particular about this outlook is the hostility toward alternative interpretations. Though it certainly has its time and place, framing all discussions like this has its pitfalls. First, it suggests first that there exists a right and wrong in every situation. This is closed minded. Second, it assumes that solutions and conclusions are singular, which paves the way for dogma.

“Those does have no idea what’s coming for them.”

The most inspiring moments in my life have been instances of discovery, but not in the traditional sense of empowerment. Every day I develop a fuller appreciation of the saying “The more I see, the less I know.” While I become more confident in my abilities and passionate about certain topics as I learn, it becomes strikingly clear to me there are many ways of understanding the same situations. I am inspired by the vastness of the unknown, the potential for learning, and our ever-growing insignificance. We sit on a lonely rock orbiting a lonely star in a snapshot of space and time…if there is one takeaway, it is that there is much we do not know.

In this week’s episode of Cosmos, Neil deGrasse Tyson pointed out that science doesn’t care about name or reputation. All that matters is the quality of your facts and the logic of your argument. As soon as we embrace an idea for the wrong reasons, however, we hold ourselves back. Overconfidence can thus be characterized as believing for the wrong reasons. While my friend might not like to admit it, she believes her opinions not because of their logic but because she has accepted them as true. The emotional attachment undermines her validity as a thinker. As soon as we become convinced of something “because it is right,” we lose the ability to question it.

Where does confidence become over-confidence? Is Mark Twain right?

How Earth Destroyed the Ninth Planet

You Are Made of Beautiful Stardust

Is It Okay to Question Science?

How to Be More Confident: 5 Research Backed Methods (TIME) 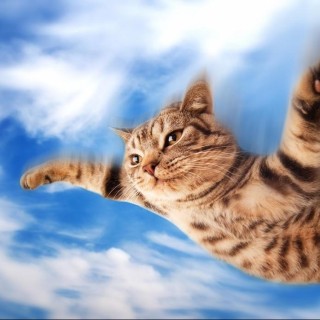